Future Fit: The worst of both worlds

It’s the most expensive option and would cause the most disruption not only for people in Telford and Wrekin, but also in Shropshire and mid Wales. As health bosses prepare to consult on plans to change hospital services, Telford & Wrekin’s councillors are due to agree to oppose the preferred option which, if implemented, would see the Women and Children’s Centre move to Shrewsbury and the downgrade of Telford’s A&E department to an Urgent Care Centre.

The consultation, due to begin next month, is expected to ask the public which hospital should house emergency care and which should be the base for planned operations.

Telford & Wrekin Council Leader Cllr Shaun Davies said: “Future Fit’s preferred option would be the worst of both worlds for everyone.

“The Women and Children’s Centre came to Telford’s hospital because of clinical need, to serve the young population. To move its specialist services, such an inpatients, away again so soon after it opened at a cost of £28million is madness. Many mums-to-be from Telford and Wrekin and other areas of the county for whom the Princess Royal Hospital is their nearest hospital would have to travel to Shrewsbury to have their babies in the consultant unit, as would all children going to the Children’s Assessment Unit.

“Forty percent of people currently using Telford’s A&E would have to travel further to Shrewsbury for their emergency care.

“The news for people across Shropshire and mid Wales isn’t any better. The majority of operations and procedures carried out at a hospital are not emergencies, but planned appointments. So, to site planned care at Telford would mean tens of thousands of people travelling further under their own steam for their appointments, then having to return home; again a further distance.

“Our preferred option is that Shrewsbury be the base for planned care. This would be better for all those patients who have to make their own way to hospital at their own expense.

“And, our preferred option is also cheaper and quicker for the NHS to deliver.

“Of course, we would prefer to keep two A&Es, but the NHS says this is not an option. We have to choose the option that makes sense.”

A meeting of the Full Council at Oakengates Theatre at 6pm on Thursday 21 September will vote on a Motion brought by Cllr Shaun Davies, seconded by Cllr Richard Overton, the Council’s Deputy Leader. It reads:

“The Council is disappointed by the decision of the CCGs to select a preferred option – of the Emergency Centre and Women & Children’s Centre at Shrewsbury to go out to consultation. This would see a down grading of our A&E department at the PRH to an Urgent Care Centre.  It would also move the current consultant-led in-patient services available at our ‘state of the art’ Women & Children’s Centre in Telford to Shrewsbury.

“This Council opposes the selection of this as the preferred option as it makes no sense to move the Women & Children’s Centre.  It was built just 3 years ago, at a cost of £28million precisely because SaTH identified a clinical need for Telford – that clinical need has not changed and will not change in the future.

“The preferred option is also the most costly and could limit further investment in community health services – keeping care closer to home and people out of hospital for as long as possible.

“Furthermore, this option causes the most disruption with over 38,000 more journeys for patients living across Telford & Wrekin, Shropshire and Mid-Powys being affected under the preferred option compared to the alternative. The alternative is siting the Emergency Centre and Women & Children’s Centre at Telford.

“In the light of this, Telford & Wrekin is clear that its Preferred Option is both the Emergency Centre and existing Women & Children’s Centre located at PRH

“With 33,000 residents signed up to PHR4me, this Council will keep campaigning and will do everything possible to encourage the residents of Telford and Wrekin to protect services at Telford’s hospital.”

Join the PRH4Me campaign and keep in touch with the latest news by visiting www.prh4me.co.uk 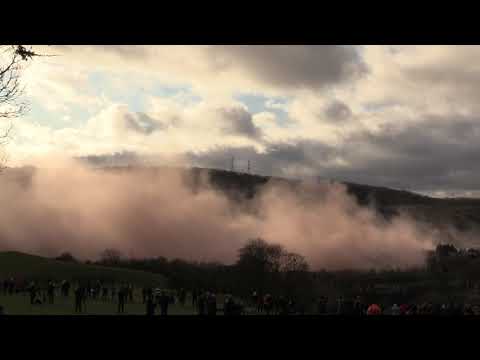