Telford & Wrekin Council is set to hit the road to consult with members of the public on proposals that will save £30m. 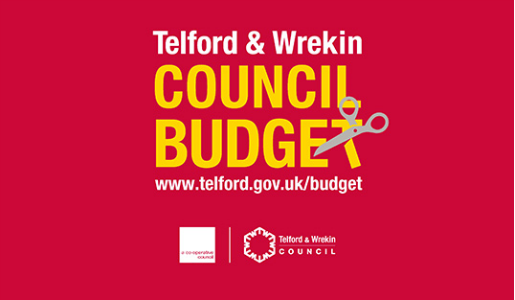 The Council is holding a series of roadshows around the borough to gain feedback from local residents on a wide ranging package of cuts that will affect frontline services like never before.

Many of the planned cuts will come into force by April 2017 and they include the Council no longer running community centres, a number of children’s centres and most of its libraries.

The first roadshow event takes place on Wednesday at the Park Lane Centre in Woodside between 11.30am and 1pm.

This will be followed by a roadshow at Newport Market on Friday 15 January between 10.30am and 12.30pm.

Major budget information events will take place at Oakengates Theatre @ The Place on Tuesday January 19 with people able to drop in between 1-3pm and 6-8pm. There will be formal presentations

Councillor Lee Carter. Telford & Wrekin Council’s cabinet member for Finance and Service Delivery, said: “We’ve done a lot of work over the past month or so to highlight to residents the situation that the Government has put us in.

“This has included the publication of two short videos which hopefully answer a lot of questions that people may have and provide a context.

“We are now committed to reaching out and talking face to face to as many people as possible through an extensive programme of public events during the course of the next few weeks.

“We really don’t want to see local services and facilities reducing or stopping so we would urge residents and businesses to come forward and tell us what they think about our plans.”

The consultation will run until February 7 and people can give us feedback by completing an online survey on our website at www.telford.gov.uk/budget

While the budget has almost 200 separate proposals, its main focus is on 32 services with the most significant impact on the public.

The Council is approaching community organisations to explore how a number of these services could continue from April 2017, run in a new way by different organisations and not the council. The proposals include:

The Council says it will consult on three possible council tax options. The first is to “freeze” council tax and implement the 2% “precept” the Government has assumed Telford & Wrekin will put into its Council Tax   to raise extra funds ring fenced for adult social care services. This will raise an extra £1.1 million a year and lessen the level of cuts to adult social care, but not enough to stop some cuts for this service over the next two years. This will cost a Band B household an extra 34p a week.

The Council will also ask residents if it should raise council tax to help lessen cuts to key services by an additional 1.2% or 1.9% (over and above the 2% Government assumed adult services precept) or “freeze” it. This is because councils will no longer receive from Government a grant if they freeze council tax which had been worth 1.2% or £600,000 for Telford & Wrekin.